Sanshirō Pond was constructed in 1638 as part of the Edo Mansion of the Kaga Domain. During the Edo Period (1603-1868), feudal lords were required to be in the capital for considerable amounts of time, which led to feudal lord mansions being established in Edo.

During the Edo period, the domain stood out because of its garden, which was ranked number one out of all the Edo mansions from feudal lords. The pond was named Ikutokuen Shinji-ike. It became later known as Sanshirō pond, thanks to the novel by Natsume Sōseki (1867-1916) of the same name.

Stones towards the water, one of the most popular places in the garden. Koi fish usually swim in this area.

I often come to Tokyo University (Hongō campus) and visited the pond already several times. There are usually few people, even though it’s a pretty large campus. The pond is kind of hidden as there are trees right next to the water. My last visit was on a sunny Saturday afternoon in June, and even then I saw not that many people following the path around the pond.

In all honesty, the pond is nice, but not unique. Other remaining Edo Mansion gardens, such as Kōrakuen next to Tokyo Dome, provide a much more well-rounded experience. Sanshirō pond has also few references to other famous gardens. One often cited one is the small hill with an elevation of 6 meters from where you once could see Edo Bay and Mount Fuji. The hill is called Sazaesan and is modelled on the hill with the same name in Kenrokuen in Kanazawa (the city of Kanazawa was part of the Kaga Domain).

What makes this pond special is the story by Natsume Sōseki. Sōseki studied at this campus and later came back to teach from 1903 until 1907, right after he returned from London. His novel had such a strong response during the time so that the pond became to be called Sanshirō Pond, after the protagonist in Sōseki’s novel.

Sanshirō (1908) is Sōseki’s only coming-of-age novel and follows Sanshirō Ogawa (Sanshirō is the first name), a young guy from Kyushu who comes to Tokyo to study. The pond is the place where Sanshirō first sees his romantic interest Mineko. Sanshirō often visits the pond both for reflection and to discuss with his acquaintances.

Apart from the name, there are no references to the novel near the pond. However, the pond is still a quiet place to have a stroll or a conversation with friends, just like in the days of Sōseki, and that is in itself beautiful.

The path surrounding the pond.

Opening hours:
Gates open in the morning at 7:00 and close in the evening, the Tatsuoka gate is always open. For more information on precise opening hours, please check https://www.u-tokyo.ac.jp/en/general/visit_campuses.html
Please note Tokyo University is not a tourist destination. Group visits need to register beforehand. 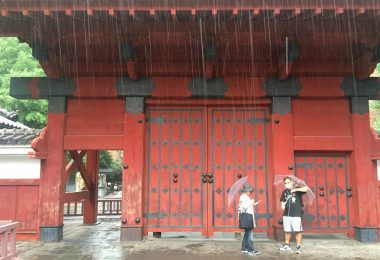 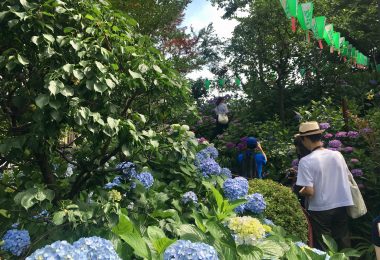