Mitsukoshi is the oldest and most majestic department store in Tokyo. Its main store, the very first department store in Japan, is located in Nihombashi, the original economic and cultural centre of Tokyo. The main building dates from 1925 and is built in renaissance style.

Tokyo is synonymous for shopping. I am a big fan of Ginza, but just a little bit to the north in Nihombashi is where the true heart of shopping lies in the capital. At the same time when the shops in this neighborhood were seeing a decline in sales in the late 19th and early 20th century due to the shifting city centre, shopping innovations from abroad were first implemented right here.

Mitsukoshi started out as a kimono store in 1673 by the name of Echigoya. The shop, founded by Takatoshi Mitsui, was famous because of its innovative approach to sales such as selling fabric at whatever length its buyers desired. Echigoya became one of the most prominent stores in the capital and helped establish the Mitsui keiretsu, one of the most important business groups in Japan. An impressive scale model of its flagship store in the Edo period (1603-1868) can be seen in the Edo-Tokyo museum.

In 1895, Yoshio Takahashi, who studied in the United States came in to restructure the company that was not doing so well at that time. He introduced several sales innovations such as point-of-sale displays. They also started to hire women from 1900, something that was revolutionary at the time in Japan. At the end of 1904, they decided to go all the way and follow the western department store model, which became known as the Mitsukoshi’s department store declaration.

The first six-story Renaissance-style building was built in Nihombashi in 1913, but was destroyed 10 years later during the Great Kanto Earthquake of 1923. The main store was rebuilt and reopened in 1925. The aim was to emulate the grandeur of the famous department stores in Europe, such as Harrods in London and Le Bon Marché in Paris.

The Mitsukoshi department store in Nihombashi is made up of two buildings, the original 1925 building and the newer annex (on the corner, looking out over Nihombashi bridge). They are welcoming visitors, however, keep in mind it does remain a place for shopping. The parts I recommend visiting are the following:

The lion statues at the entrance are modeled on the lions in Trafalgar Square in London. These bronze statues were installed in 1914. They were the idea of then manager Hibi Osuke, who like lions that much that he named his son “Lion” (雷音).

After entering through the main entrance you come into the central hall with the Statue of The Goddess of Sincerity. It has been placed here in 1960 to commemorate the 50th anniversary (while Mitsukoshi is much older, the actual Mitsukoshi company was established in 1910). The sculpture, made by Gengen Sato, represents the concept of sincerity that is central to the management philosophy of Mitsukoshi.

While you can have good view in front of the statue at the central hall, the best view is from the 3rd floor. You can walk all around the atrium and there are chairs to have a seat to take in the environment.

You can do shopping while listening to a pipe organ! A true shopping temple indeed. Every week Friday, Saturday and Sunday at 10:00, noon and 15:00 there are performances.

This theater opened in 1927 and underlines the department store as an entertainment venue. It is mostly very domestic type of plays that are performed here and they clearly cater to an older Japanese demographic. Having a classical style theater within a department store is quite unique these days. It has a quaint stained glass ceiling and rococo style walls. However, unless you come for a performance, you cannot enter the hall.

On top of the building is a garden with many food stalls and restaurants (in summer), seating areas and even a small shinto shrine, to pray for safety of the building and of course prosperity in business.

Nihombashi has actually not just one, but two old department stores: Mitsukoshi near Mitsukoshimae Station and Takashimaya near Nihombashi station. Takashimaya is less interesting as it was later to the game (and originated in Kyoto, with their flagship store in Osaka), but their 1933 classic style Nihombashi department store is a beauty and does not match any of their other stores in Tokyo. 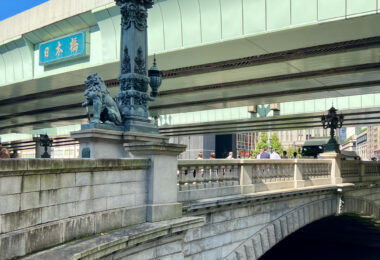 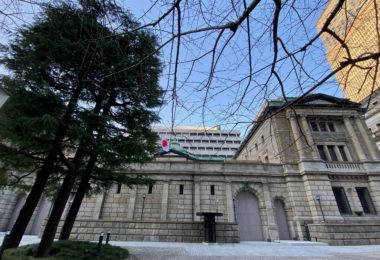