Are you looking for the oldest building in Asakusa? It’s not the main temple (built in 1958), but a small wooden structure tucked away in the north-west corner that was built in 1618. This hexagon temple is actually also the oldest wooden building within Tokyo (Tokyo city, not Tokyo prefecture). It will be 400 years old next year. Some sources argue that it is not exactly known when the Hexagon temple was built, only that it must have appeared between the late Muromachi and early Edo Periods.

This hexagon-style one-story wooden structure is very rare in Tokyo. It is rather small and easily missed with its 1.82 meter inner diameter.

It was originally built on top of a well, but it has been slightly moved from its original location in 1994 (to be exact 21.8 meter to the east). It is supported by a hexagonal wooden structure over a stone base that goes 1.5 meters deep. The inner structure follows an umbrella-like wooden structure called ougitaruki. It required very precise craftsmanship and shows the tremendous skill of the carpenters of those days. In particular the roof is exquisitely done with the combination of broad concave tiles and semi-cylindrical convex tiles.

Fresh flowers in front of the hexagonal temple.

The buildings also serves a purpose for a specific type of prayer. You have to pray with a specific number of days in mind by which you want to achieve your wish, and then after that amount of days your wish will come true. In this small building, the Higiri Jizō-son is enshrined, which translates as “Time-limit Ksitigarbha-bodhisattva”. It is a type of Jizō that can be found here and there in Japan (there are almost a hundred different types of Jizō).

You might think that this little building was rather insignificant in the original Sensō-ji temple complex. However, on old illustrations and maps from the 18th century, this building is clearly visible and marked (illustration link, map link).

Entrance: free (you can just see it from the outside, not possible to go inside)

When to best visit? On a sunny day

Why visit? The oldest (small) building in Tokyo (city, not prefecture), older than all those other buildings you will see in Asakusa. 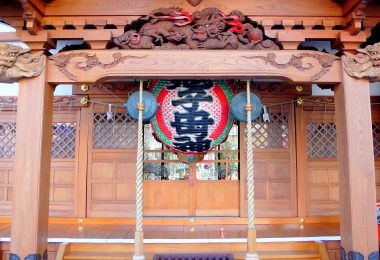 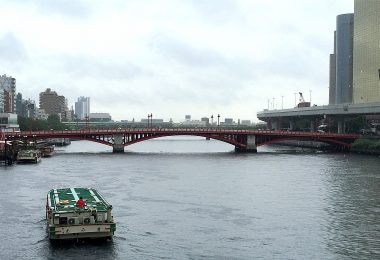